Is blue better than pink?

I am a college professor and a world citizen. I am also the Founder and Director of the Center for Acquisition of Language, Literacy And Culture (CALLAC). I love all people, and strongly believe that all people are the same, regardless gender, race, color, religion, ethnicity, history, geography, culture, language, intellect, background or wealth. I am against inequality in all forms and shapes, firmly a pro women issues, fight against violence and harassment to women, everywhere, at home, at work, and on the streets. I want to see all peoples of this world become one. Perhaps through communicating with each other we can achieve this. Why some societies prefer boys to girls? Why are boys more valued than girls? Why boys are always told they are better than girls in science and math? And girls are told they are better in languages, and childcare? Why boys are given toys that push boys to discovery and exploration, while girls are given Barbie and dolls? Why girls are brought up to please everyone, while boys are brought up to be aggressive? Why girls are appreciated based on appearance, why boys are appreciated based on achievements and sports? Why some fathers can bear the idea of parting with his 9-year-old daughter, but can never put up with the idea of parting with his cow?

There are several countries and societies that prefer that the newly born child is a boy and not a girl. When they are asked they always give economic reasons. China, for example, prefer boys, because the Chinese believe that boys grow up to be men who can take in a wife but still can support the family. This is the belief is that girls are given away to their husbands’ families.  Egyptian people in the villages and rural areas prefer boys to girls, because boys can work with their fathers on the land, while the girls work in doors. In addition, giving young girls in marriage can bring a substantial amount of money to the family.

Is this fair? Do you think boys and girls are genetically different to the extent that one is told that she can never do well in science and math and that she should always only play with her same-sex?

We parents through our patterns and treatment of our children make the difference and inculcate the gender difference.  We should change our perception and treatment of girls. We should not instruct to only please others, and to stay quiet or princess-like. We should teach her to voice her concern or disagreement as long as she is doing it respectfully. We should not increase the belief in gender stereotyping by insisting that she spend more time with girls than boys, or play girlie like games.  We live in appearance conscious societies, however, we should not show our appreciation based on her appearance only, but express genuine appreciation based on achievement, sports and music. This way we send a message that her value doesn’t begin and end with the way she looks.

Simply we should not indoctrinate her that blue is better than pink? After all these are only colors, the distinction is society created.

As Mrs. Clinton mentioned in her speech at TedWomen conference in December 2010 that we need to persuade nations and families to value girls and to teach girls to understand their values, potentials and talent. Faith leaders (such as moderate Muslim and Christian leaders) and community leaders should be reached out to change the perception and treatment of girls as well as persuade and convince men and boys to value their daughters and sisters for their intrinsic value. Societies must be convinced that by investing in girls we strengthen and join our efforts to fight poverty, and so drive towards development and spread stability as a result. Finally, Mrs. Clinton mention how girls can be agents of change, and that a small intervention can completely alter a little girl’s life, see link below. Also see how boys are regarded in difference societies, China, and Australia. 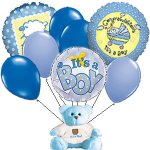 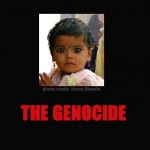 Like Loading...
« The parallels between our highly wired minds and networks: Q&A with TED author Tiffany Shlain
Hipocrisy at large »

This site uses Akismet to reduce spam. Learn how your comment data is processed.